You are here: Home / Smart Home / Eero Vs Orbi: Which Is The Best?

Internet connectivity has become a necessity in our lives. With more and more devices requiring fast internet access, wireless connectivity via WiFi is much needed. For this, Eero and Orbi are available. These are WiFi routers, providing high-speed internet access to households. Eero is owned by Amazon, while Orbi is Netgear’s. It is inevitable to be confused while selecting the better one for your house. So we’re here to help you sort things out and choose the best one Eero Vs Orbi. 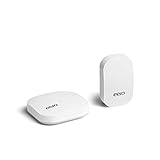 What You Get In The Box

The Orbi from Netgear is truly one of the most powerful WiFi routers available. There’s a main hub, the Router; and a secondary hub, the Satellite. Equipped with WiFi 6 and FastLane3 technology, it can deliver top speeds of upto 900Mbps. Streaming videos in 4K, gaming without lag and high speed surfing would be well satisfied. The mesh WiFi, with a dedicated Tri-band connection ensures minimal blind spots across your house, and provides fast enough internet connection to all of your devices. There’s also Orbi app, that lets you monitor all activity, scan the internet for threats, and impose parental limitations. You can also use Alexa or Google assistant to access it.  A perfect WiFi package for a large family.

The Eero is small, and simple. You just plug it in, and you’re good to go. Three units practically removes all blind spots in your house. Eero is smart too – it learns, over time, where your devices are, and optimises its range to give you the best possible performance, irrespective of your location in the house. It’s equipped with Knox, one of the best security patches, by default. There’s also Eero app, that lets you monitor all activity, scan the internet for threats, and impose parental limitations. It also has TrueMesh technology, which lets the WiFi “hop” across all sorts of barriers, like walls. This ensures no blind spot is formed. The Eero app keeps updating by itself, fixing bugs and learning “skills”. Eero, in a word, adjusts itself to the household like just another of its members.

Depends on the area you want to cover. For areas upto 5000 sq. ft. with little obstacles, the basic 3 hub kit would work just fine. For higher requirements, we recommend upgrading your system.

2. How much does Eero WiFi cost monthly?

It’s free, unless you upgrade to eero Plus.

Eero is secured by Knox. However, using external Firewalls is recommended.

4. Is the Orbi compatible with Comcast?

5. Is Orbi good for gaming?

Since most games require less than 10Mbps of internet speed, Orbi can handle games pretty well.

6. How many satellites can I connect?

The package comes with One Router and a satellite. However, upto 5 satellites can be connected.

Orbi is the best, cheaper solution for high-speed internet requirements over a shorter range. For larger range requirements, Eero is the way to go. Although, in most cases, there isn’t much of a competition between these two. You can always buy more hubs to improve performance, although that might affect your pocket.