Carbon monoxide (CO) is a highly toxic , flammable gas. What makes it more fatal is its colorless , odorless and tasteless property which makes it harder to be detected by our senses. Exposure to CO gas leads to the oxygen molecules in the body being displaced by CO molecules, which results in CO poisoning. Further in this article learn we have explained what sources in your home can expose you to CO and in what ways you can safeguard yourself from it.

Common Sources Of Carbon Monoxide In The Home

Carbon monoxide (CO) is formed when something is burned. Thus, any fuel-burning appliance can emit the gas. CO poisoning occurs when the gas builds up in the home, usually caused by a faulty appliance or a lack of proper ventilation. Below we have stated a few common sources of CO in the home :

They are the most common source of carbon monoxide emission in the house as they are rarely vented. To help prevent this the stove and the kitchen ranges must be kept clean and in proper working condition. Dirty and clogged burners make the adjustment of air/fuel mixture improper which can cause inefficient combustion.

The appliance should be installed in a proper fashion and  any defective appliances, older appliances are to be disposed off as they may also lead to the emission of CO. It should be kept in mind that the  exhaust fan located over the range top only provides filtration of grease vapour and soot generated while cooking and does not play any role in discharging CO outside the home. Regular maintenance is the key to help alleviate the production of CO.

A blocked chimney either because of a bird’s nest, leaves, or soot can cause combustion by-products, including carbon monoxide, to enter into your home. Another reason for a blockage may be a cracked masonry. These problems can be prevented with the help of periodic inspection and cleaning of the chimney. A screen cap can be used for the top of the chimney to discourage nest building.

A mechanical failure or burner problems may result in a furnace emitting CO. A clogged or dirty burner may result in inefficient combustion which can be avoided by conducting frequent inspection and regular maintenance. Yellow flames and soot accumulations are indicators that the furnace requires immediate maintenance.

The CO monoxide problems with the appliances can be greatly reduced provided there is proper ventilation, inspection and maintenance.

Wood burning and gas powered fireplaces are a common source of CO. The use of treated woods, painted woods and scrap lumber in your woods should be avoided and instead be replaced by seasoned firewood. Before starting a fire in your fireplace check that the damper is open . Keep in mind to always keep the flue open even when the fire is about to run out because it is the last smoldering embers that produces the highest concentration of CO.

A water heater is another probable source of carbon monoxide. A faulty appliance or improperly installed appliance may cause the heater to function inefficiently. A clogged burner or a blocked vent or even the pilot light can cause improper adjustment of the air/fuel mixture resulting in the emission of CO inside the home. A yellow flame and a soot build up is considered to be the indicators of danger. Thus, regular maintenance and proper cleaning of the burner components is recommended to reduce the level of CO emission.

Use of charcoal is what makes grills , barbecues and hibachis a potential source of CO. The smoldering embers of charcoal results in the production of carbon monoxide. The grills should never be used indoors, inside the garage or on a porch, they should always be placed at a fair distance away from the house.

The appliance being purchased faulty or installed improperly can be a potential source of CO poisoning. Damage due to flooding or clogging of the exhaust pipes with lints may cause the gas to build up. The burner becoming dirty or clogged, as discussed in the earlier points, affects the air/fuel mixture leading to inefficient combustion and production of CO. The lint filter should be cleaned after every load of laundry to prevent clogging. Take preventive measures with the burner by maintaining it regularly.

Leaving your car running in an attached garage and a closed garage door is one of the greatest risk of CO poisoning in your home. On cold mornings, many people like to run their cars inside the garage. However, this practice can prove to be fatal as it may lead to the accumulation CO in your garage. It is advised to keep the garage door open while running a vehicle even if it is a detached garage. Preventive measures can be taken by having the exhaust system checked at least once a year for any potential leaks that may cause a CO build-up inside the car.

Gas powered portable generators produce high levels of carbon monoxide when in use, which makes it very hazardous. For safety measures , the portable generators should always be used outside, at a distance of atleast 12 feet, away from all the doors and windows.

Cigarettes are another source of CO , it applies to both primary smokers and secondary smokers. Smoking a cigarette means directly inhaling a portion of the CO created from the combustion which occurs on the burning of the tobacco within the cigarette. Smoking in an enclosed room increases the CO levels in the room and also affecting the people who are not actually smoking.

Other sources people should be aware of are:

CO is associated with many dangers, some of which may lead to short term effects while some of it may even lead to something permanent and fatal.

Once exposed to the gas, the oxygen molecules in the body are replaced with CO molecules displacing oxygen in the blood and thus, depriving vital organs of oxygen, which may cause injury or even death.

It can come through various sources even the normal everyday items and appliances used in home or at work. Many people are affected simply because of the lack of proper knowledge and alertness. There are many ways in which one can reduce the risks of CO exposure provided the people are made aware of its signs, causes, symptoms and its prevention.

The fact that carbon monoxide is practically undetectable and its symptoms are so non-specific can often be mistaken for flu or even food poisoning. The amount of CO gas the person has been exposed to determines the severity of the symptoms. Note that the victim’s age, gender, and overall health should also be considered for determining the symptoms they experience.

Exposure to carbon monoxide (CO) on a low level may result in the following symptoms:

When exposed to a small amount of CO, the individual should go out immediately and get some fresh hair as inhaling the clean hair may remove some of the CO molecules that has entered the bloodstream and restore the level of oxygen in the blood to its normal form. Exposure to carbon monoxide on a moderate level may result in the following symptoms:

Exposure carbon monoxide on a high level can cause death. This requires immediate medical attention.

How To Prevent Carbon Monoxide Poisoning 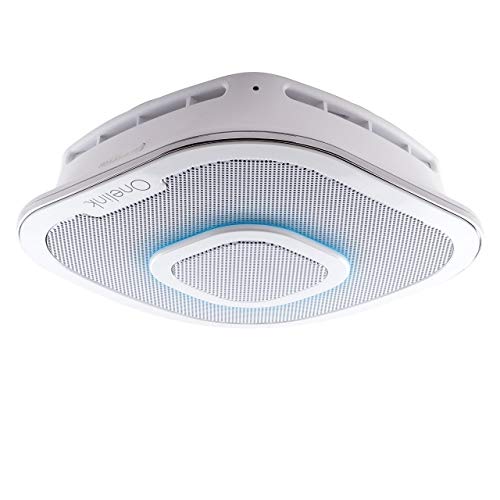 There are two ways in which you can do this:

However, it should be noted that one is not an alternative to the other, the two must be followed collectively to get the best results. Because CO is basically non-detectable because of its colorless and odorless property installing a CO detector is a must , it helps in detecting the gas and also warns you if the CO level gets dangerously high.

We have now come to the end of the article. We hope all your queries regarding CO poisoning have been successfully answered. So, now ensure to eliminate all the common sources of CO from your home.