Both Petcube Play and Petcube Bites are proved to be top-rated products in the market. But choosing between the two products is very difficult as both the products are well- developed and possess unique features. If you are willing to buy a smart pet camera but also confused about which one to choose, then do not worry as this article would clear all your doubts and help you make the right choice by comparing Petcube Play Vs Bites.

Before going into minute details and functionalities of both the products, we would like to share our opinion about both the models and select between the two. Both the models are, undoubtedly, the best quality products with excellent features and capabilities. Petcube Play have a built-in laser toy feature for providing advanced security. Whereas, on the other side, Petcube Bites outshines when we talk about Treat Tossing facility. Both of them do a great job in their own way. However, we personally feel that Petcube Bites has a slighter edge over Petcube Play
due to its Amazon Dash and Treat Tossing function. Hence, no doubt, Petcube Play has its perks, but still, we would recommend Petcube Bites over Petcube Play.

The first and foremost difference between both models is their physical structure. When it comes to design, both models look quite different. The Petcube Bites is rectangular, while the Play model is square-shaped. Moreover, the Bites pet cameras are more substantial as compared to Petcube Play cameras

This is another difference that is found when comparing both the models. The Petcube Bites facilitates the Amazon Dash feature to its users, whereas, this feature is not found in the Petcube Play model.

This is one of the features where the Petcube Play model takes an edge over the Bites model. The Play model has an additional feature of a built-in laser toy. Sadly, this feature is not available in Bites’ pet cameras.

Another difference that can be noticed when comparing both the Petcube models is the Treat Tossing feature. While it is present in the Petcube Bites model, this feature is absent in Petcube Play.

Both cameras offer the same features when we talk about motion and sound detection, although some of them said detection is locked behind the subscription plan. Petcube Play and Petcube Bites also offer Motion Zones and Personal Detection to reduce the incidence of false alarms.

In addition to being capable of listening in one room, both the cameras have the feature which allows them to speak through the camera, hence providing a two-way audio system.

With digital zoom featured in both cameras, you would never be too far away from minute details. Hence both the cameras share this feature.

Another feature that is common in both the Petcubes cameras is their ability to support Amazon Alexa. Hence, both the smart cameras are capable of accessing more than 80000 Alexa skills.

Another beneficial feature that can be found in both the models is their Night Vision feature. Hence, both Petcube Play and Petcube Bites helps you to keep an eye on your pet even in the poorly lit conditions.

Both the smart pet cameras facilitate its users with video recording and screenshots feature, therefore making both the products quite accessible in the market. 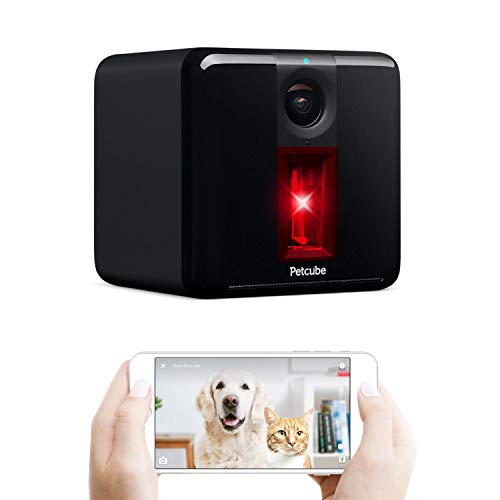 Features and Technical Specifications of Bites 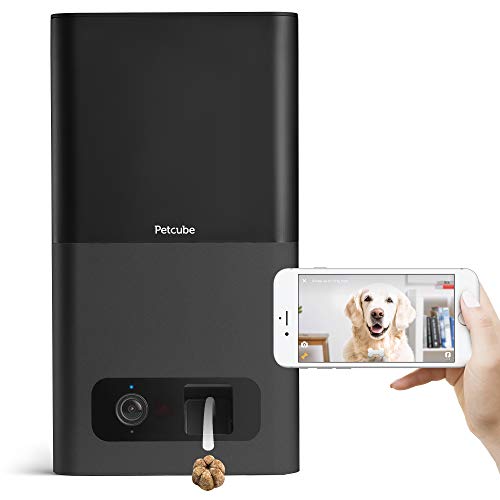 Both smart devices have increased demand in the market. Due to their extraordinary features and excellent functionalities, both the products have gained massive popularity in the market. However, to perform efficiently, they do need some extra add-ons. These accessories not only ensures the smooth functioning of the machines but also improves their performance. Both the models of Petcube consist of built-in Amazon Alexa along with the primary model.

Petcube Play
Check Price
Petcube Play has undoubtedly proved to be a top-level smart pet camera due to its exceptional video quality. Its technical features make it a quite attractive product in the market. Moreover, the higher ratings and increased demand for the product increases its worth. The built-in laser toy facility makes it a unique product with extra ordinary capabilities. However, like any other product, it does have its pros and cons, which are as follows.
Things We Like
Things We Don't Like

The Petcube Bites pet camera is, undoubtedly, the first smart pet camera available in the market. It excels in almost every feature and provides exceptional performances. It also tops in terms of customer satisfaction rating. Similar to Petcube Play, this model also facilitates two-way audio feature. In addition to this, it is capable of supporting Amazon Dash. The advanced motion and sound detection feature adds value to the product. However, this product is also not free from the cons. The following are the various pros and cons of this model.

1. Can you connect more than one phone to Petcube?

Yes, more than one phone can be used if you operate the same account on different devices.

No, it is not free. However, you can avail of a 14-days free trial of Petcube Care, which is included in every Petcube camera.

After considering every aspect of both the models, it can be undoubtedly said that both the products are quite reliable and durable and enjoy a high degree of demand in the market. Moreover, both the products are manufactured by the same company. Hence, choosing one of them becomes a difficult task. However, after considering all the features and carrying out an in-depth comparison, it can be noticed that Petcube Bites is superior to the Petcube Play model in many aspects. Hence, as a result, when the question arises of selecting one model between the two, we would vote for the Petcube Bites model.