There should be an automation system that helps you to open the garage door and give you a full luxury feeling. We bring to you the best of the automation system for the garage doors, which is the Lift Master 8500 and the Lift master 8550. This article will give you a comparison between LiftMaster 8500 and 8550 so that you can decide which product will be feasible as per your requirement.

The model number itself indicates that the lift master 8550 is an updated version of the Lift Master 8500. The features that make the lift master 8550 more reliable than the Lift master 8550 are the battery back up, it doesn’t make sound, it can be integrated with the Google Home devices. The most important and useful feature that makes it a must-have is that when it reaches the bottom, it slows down the speed so that the door doesn’t bang.

Both the Lift Master 8500 and the Lift master 8550 both have the feature of audio and visual warning, which brings to your notice when some action is taking place so that you can make the necessary action.

There is a motion detector present in both devices. These motion detectors are lighting up the area as soon as you enter the room, and the garage is closed. This is an essential feature as it avoids tripping or knocking in the garage.

If the lights do not turn on when the door is about to close, then with the help of a light beam projector, the door will not completely close.

The first thing that the consumer thinks when we buy an electrical product is the warranty it offers. Both the products offer a warranty of 5 years.

For any electric instrument, the essential part is the capacity of the motor. Since it is the motor that is responsible for doing the functions. The 8500 has a p3 engine, which can lift up to 295 Kgs of weight. In addition to this, the Liftmaster 8550 has also taken into consideration the times when there is no power. The device comes with a power backup, which makes it possible to function without power.

The Lift Master 8500 requires you to buy an internet connection, whereas the Lift master 8550 has a built-in internet gateway, which makes it easier to control the garage door.

The Liftmaster 8500 is compatible with a front-mounted torsion bar system and cannot be used with the roll-up doors and the areas with low headroom track doors and along with Wayne Dalton master Doors.

Feature And Technical Specifications Of LiftMaster 8500 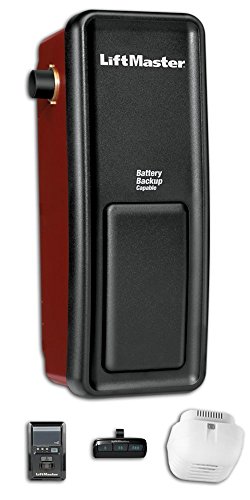 Feature And Technical Specifications Of LiftMaster 8550 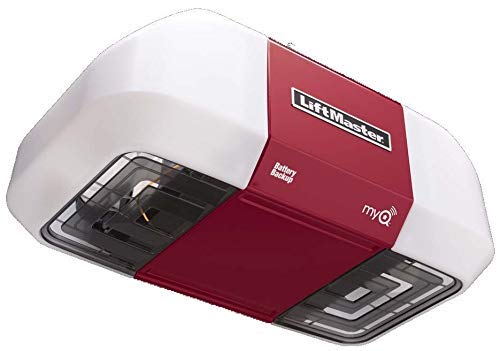 The Lift master 8550 has a dimension of 20 x12x10 inches. The weight of the device is around 22.1 lbs, which makes it lighter than the former device, which also means that it is very compact and easy to carry. It also likes the Liftmaster 8500 comes with the audiovisual motoring. It also has motion sensors. It comes with PosiLock in which it locks the door electronically. The device does not require an internet cable and can be connected through Wifi.

1. The LiftMaster 8550 can be opened up to which maximum size?

2. How much headroom is required to mount the Liftmaster 8500?

Minimum headroom of 3 inches is required.

3. If the Listmaster is installed on both sides of the garage door, will it work?

Yes. the Liftmaster 8500 can be mounted on both sides of the garage.

We discussed the merits and demerits of the devices. After careful evaluation, it has been observed that the Lift master 8550 is the clear master, which the two most important features of having Wifi Connectivity and battery backup.