You are here: Home / Smart Home / Kwikset Kevo Vs August Smart Lock Gen 2 – Which One Is Better

With the growing rate of crime in various localities, people have shifted towards buying smart locks as a way to keep away the thieves and rogues at bay. Thanks to the growing technology, various smart locks are available with unique features. However, this poses a problem among the customers as sometimes they find it difficult to choose among the various products available. If you are one of them then do not worry as this article would guide you to the distinctive features of Kwikset Kevo and August Smart Lock Gen 2 and the best among the two.

The August Smart Lock Gen 2 uses various virtual assistants like Google Assistant , Amazon Alexa etc. Whereas on the other hand, Kwikset Kevo only entertains Amazon Alexa with the help of Kevo Plus.

The Kwikset Kevo has an added feature of Smart key deadbolt which allows it to be pick- resistant and bump proof. On the contrary, no such feature is available in the August Smart Lock Gen 2, so the security pretty much depends on the deadbolt chosen.

With regards to Kwikset Kevo, there is a limit to issuing eKeys to access to your home. This limit would be 25 and there are additional charges for issuing extra eKeys. On the other side, you can have an unlimited access in case of August Smart Lock Gen 2 with no further additional costs involved.

When you turn on the auto- unlock feature, both the devices have the capability to determine whether you are inside or outside the door.

In both the devices, there is a detailed history of lock activities , logged by their apps. These activities can be viewed anytime according to the wish of the user

The batteries are included in the purchase. Both the devices stay on as long as they are powered by the batteries. Alerts are sent to the smartphone when the batteries start running low.

Despite different features, both the lock comes with the same period of warranty which is one year. 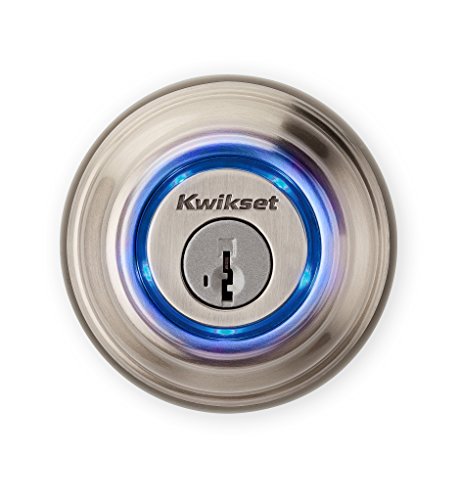 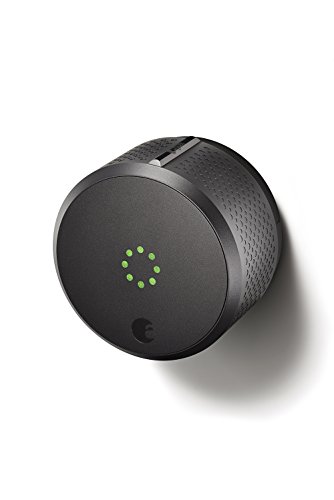 What You Get With Each Box

This smart lock comes with a number of accessories which increases its capabilities and provides a comfortable experience to its users. It provides a Kevo Plus service which acts as a WiFi. In addition to this, it offers Kevo Key Fobs which unlocks the lock without a smartphone. Hence no matter you have a smartphone or not, it can get you inside the door just with a touch.

It comes with the August Connect which unlocks the remote control for the lock. In addition to this, the smart lock also works well with the August Smart Keypad. This keypad is capable of allowing up to 220 unique access codes for your family and friends. It is powered by 2AAA batteries which makes the installation process quite simple.

The Touch-to-Open feature of Kwikset Kevo is quite unique and special which makes it a user friendly product. However, there has been a lot of criticism about the product on Amazon. The issue generally revolves around the Kevo App or the Kevo’s smart lock firmware. Regardless of all, I still believe that it is a wonderful concept of secure lock due to its easy access sharing and convenient add-ons.

The August Smart Lock Gen 2 is an all-rounder smart lock with its Homekit support system, easy installation, and unlimited access. It is quite a competition with other locks because of its various features. Its unique features make it a likable product in the market. This smart lock works great with both Apple and Android phones which gives it a major head start. Moreover, add-ons such as Apple Homekit and August Connect makes it one of the most desirable products.

1.Is there a need for the key in an August Smart Lock Gen 2?

Once your lock has been installed, you can use the key traditionally. You can have it locking the door inside and can still use the key outside. However, the door can only be opened with the help of a smartphone.

2. What is the lifetime of a battery in August Smart Lock?

Normally the battery of the August Smart Lock Gen 2 is about 3 months, provided it has been installed properly and accurately.

3. For how long does the batteries of Kwikset Kevo lasts?

Generally it has a longer battery life of about one year. The users are notified on their smartphones when the battery is about to die. In case the battery dies, the users are free to use the key provided with the lock.

4. Can August Smart Lock perform its functions in the absence of WiFi connectivity?

The answer is yes, it can function without a WiFi and can even work when the power goes off.

5. What happens when your phone gets lost?

In case of such situations, the users do not need to panic about their security systems as the lock provides them the feature of logging in the Kevo App through any smartphone or the web portal and hence they can disable their own phones. The standard key can be used as a replacement in such a situation.

After a detailed survey, this can be concluded that both the locks are two top-notch products and provide tough competition to each other. August’s Alexa and Homekit functions very smoothly and users generally don’t face any problems. It properly obeys the commands. Its Door Sense Technology makes it a unique product. On the other hand, Kevo’s integrations are good too. But these are not as good as of August Smart Lock Gen 2. Moreover, it is not that well connected and can’t properly work with larger smart home platforms. Hence despite being a reliable and unique product, the August Smart Lock Gen 2 outranks the Kwikset Kevo Lock.